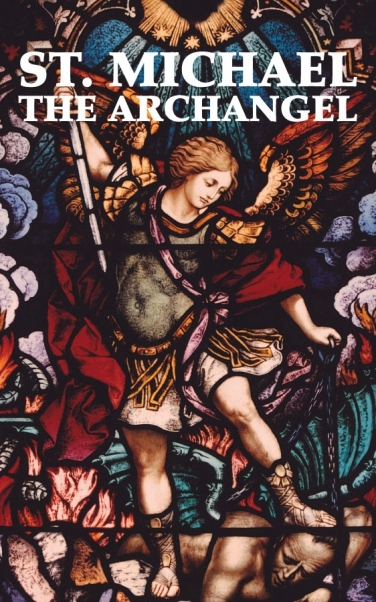 The name Michael signifies "Who is like to God?' and was the war cry of the good angels in the battle fought in heaven against Satan and his followers. Holy Scripture describes St. Michael as "one of the chief princes", and leader of the forces of heaven in their triumph over the powers of hell. He has been especially honored and invoked as patron and protector by the Church from the time of the Apostles. Although he is always called "the Archangel," the Greek Fathers and many other place him over all the angels ~ as Prince of the Seraphim. St. Michael is the patron of grocers, mariners, paratroopers, police and sickness.

Saint Michael, the Archangel,
defend us in battle; be our
protection against the
wickedness and snares of the
devil. May God rebuke him we
humbly pray; and do Thou, Oh Prince
of the heavenly host, by the
power of God thrust into
hell Satan and all evil spirits,
who wander through the world
seeking the ruin of souls.
Amen.